Migraine and Pain Do Not Define Me- My Creative Side

Obsessing over Broadway musicals, creating a newsletter for my 5th grade class, writing an essay that won me a scholarship to a summer theatre camp at age 8, taking private vocal lessons, consistently writing personal diaries from the 2nd grade to the present, being a member of multiple award-winning show choirs, acapella and madrigal groups, singing and dancing in the Macy’s Thanksgiving Parade, participating in the Vienna Choral Society (VA), being cast in over 20 local dramas and musicals, singing the National Anthem for 4 professional sports games (baseball and hockey). These are the things that were so important to me and defined who I wanted to become. 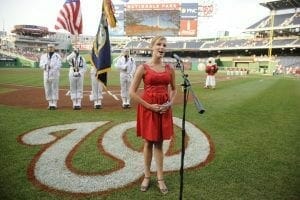 Yes, you can totally call me a theatre geek or a major Glee nerd. I was even elected as president of the Theatre Society without being part of the group. I received a partial scholarship for musical theatre at a prestigious liberal arts college. However, life happens. For multiple reasons including stupid life choices and medical issues (unrelated to my chronic migraine condition), I had to change my dream of making it on Broadway.

When I think about it, I would have eventually become chronic and couldn’t work in an environment with bright lights, loud noises and crazy schedules. Life happens the way it’s supposed to. I still sing around the house and in the car, every once in a while having an epic night out that includes karaoke with live bands.

I’ve also been lucky enough to have a friend who has a recording studio in his basement. He was a colleague from my banking days. Spending time in the studio is such a great release and I wish I could do it more often. Just playing around, trying new arrangements and letting out my emotions vocally is so cathartic.

Singing and acting have always defined me, not my migraine disease. What defines you? 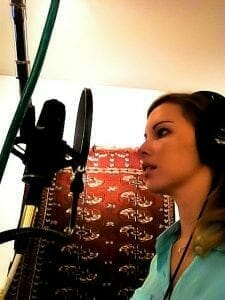 SEND IN A SUBMISSION TO THE CREATIVITY CORNER.

USE THE Contact PAGE OR EMAIL ME AT KATIE.GOLDEN.MAIL@GMAIL.COM.

I’D LOVE TO SHARE YOUR ART, PHOTOGRAPHY, POETRY, SHORT STORIES AND PERFORMANCES. SHOW WHAT YOU LOVE TO DO THAT DEFINES YOU. 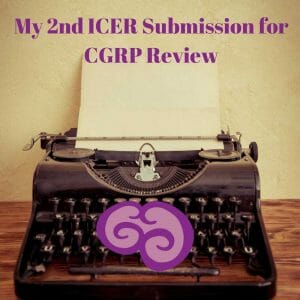 To find out more about ICER (Institute for Clinical & Economic Review) watch this video or check out the Patient Input Guide. This is my submission to ICER about the importance their review of new CGRP inhibitor drugs will have on my life and our entire community. -Katie ICER OPEN COMMENT PERIOD ON CGRP INHIBITORS…

I had the opportunity to sit down with author, Ashley Hattle who just wrote the book, Cluster Headaches: A Guide to Surviving One of the Most Painful Conditions Known to Man. Ashley has cluster headaches and I have migraine attacks. Neither of us truly know what the other person goes through, yet we found so…

I find it important to share the trials and struggles of dealing with insurance companies and doctor bills. It can become a job in and of itself. For those in chronic pain, we only have so much energy to deal with this crap. I feel like they assume you’re not going to fight them and…