You may have seen me post about the Invisible Project, but I don’t think I’ve taken the time to explain it. It’s a magazine that highlights the lives of those LIVING with chronic pain and tells their stories, emphasizing pictures from their personal archives. The main purpose is to make the invisible more visible.

The INvisible Project is the flagship program of the US Pain Foundation (go “Like” their page!). Nicole Hemmenway, VP of US Pain and Director of the Invisible Project, conceived this project with the goal of showing the real impact of chronic illness, which is not always pretty. Previous editions covered multiple chronic illnesses. This year was the first time a disease-specific magazine was produced, focusing on migraine. It launched in early June, just in time for Migraine & Headache Awareness Month.

Nicole and editor Jenni Grover, of Chronic Babe, approached me late last year to collaborate on the Migraine Edition. I can’t tell you how amazing the whole process has been. Of the ten personal stories, I had the honor of writing six. I also contributed an article on migraine medications and complementary and alternative therapies. 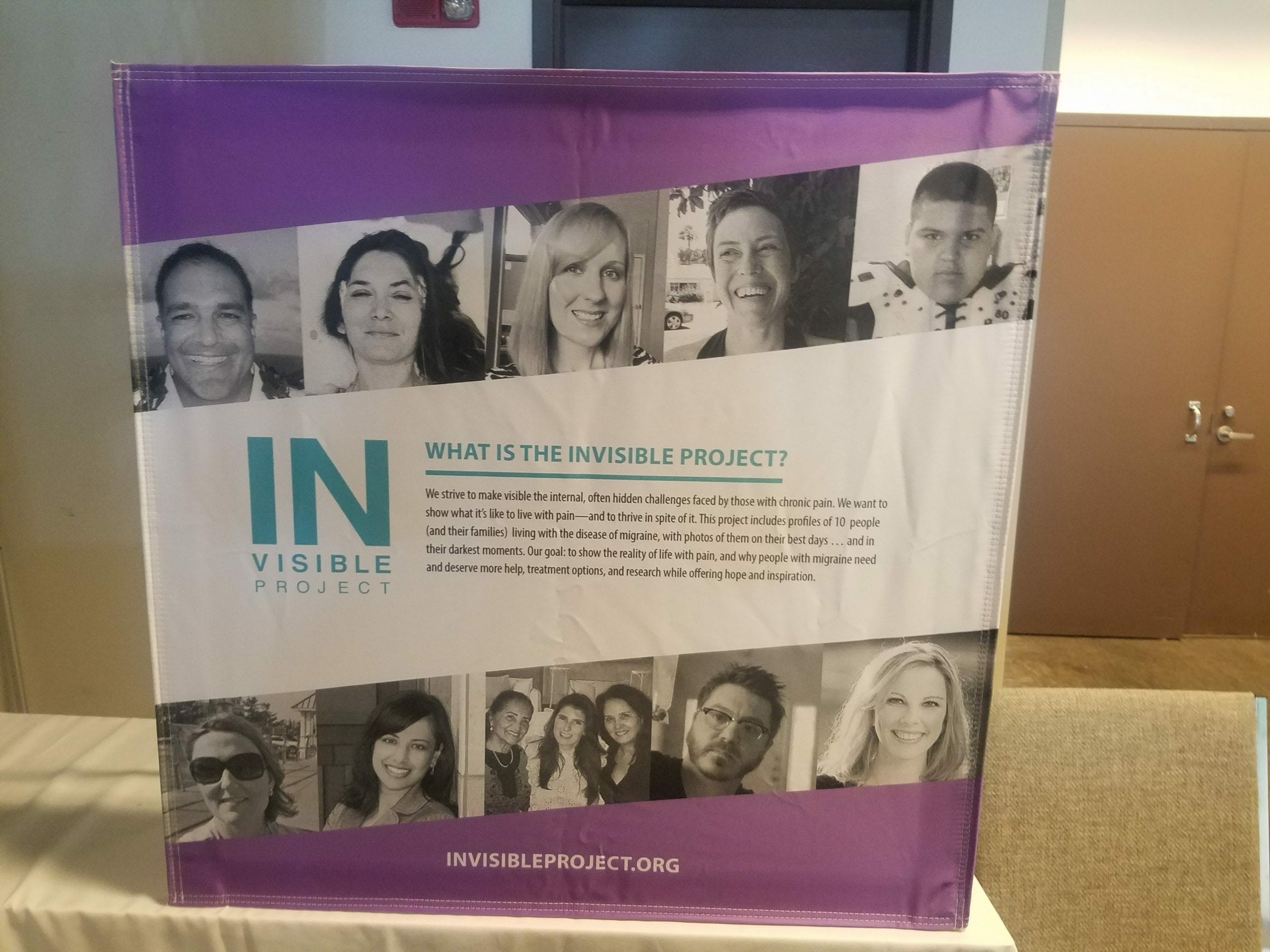 These are the faces of the brave souls who shared their stories with us.

Those who shared their stories with us held nothing back. They were honest, sincere, and REAL about what it’s like to live with migraine or cluster disease. Intimate details of their lives were not off-limits during email exchanges and phone interviews. They selflessly opened up, showing their vulnerability but more importantly their strength. Each person’s journey is incredibly different than the next, yet the overarching message they wanted to convey was the same- “You are not alone.”

That’s another important message of the INvisible Project- to help people understand that there are other people like them who are going through the same struggles in managing their disease. Those who live with chronic illnesses face additional pressures as they handle issues of stigma, coping, parenting, healthcare, relationships, work and daily living. I heard time and again that being part of the migraine community has helped them to connect with others who share their experiences. Each person asked to be featured in the Migraine Edition felt compelled to do so because they want others to have that same feeling. 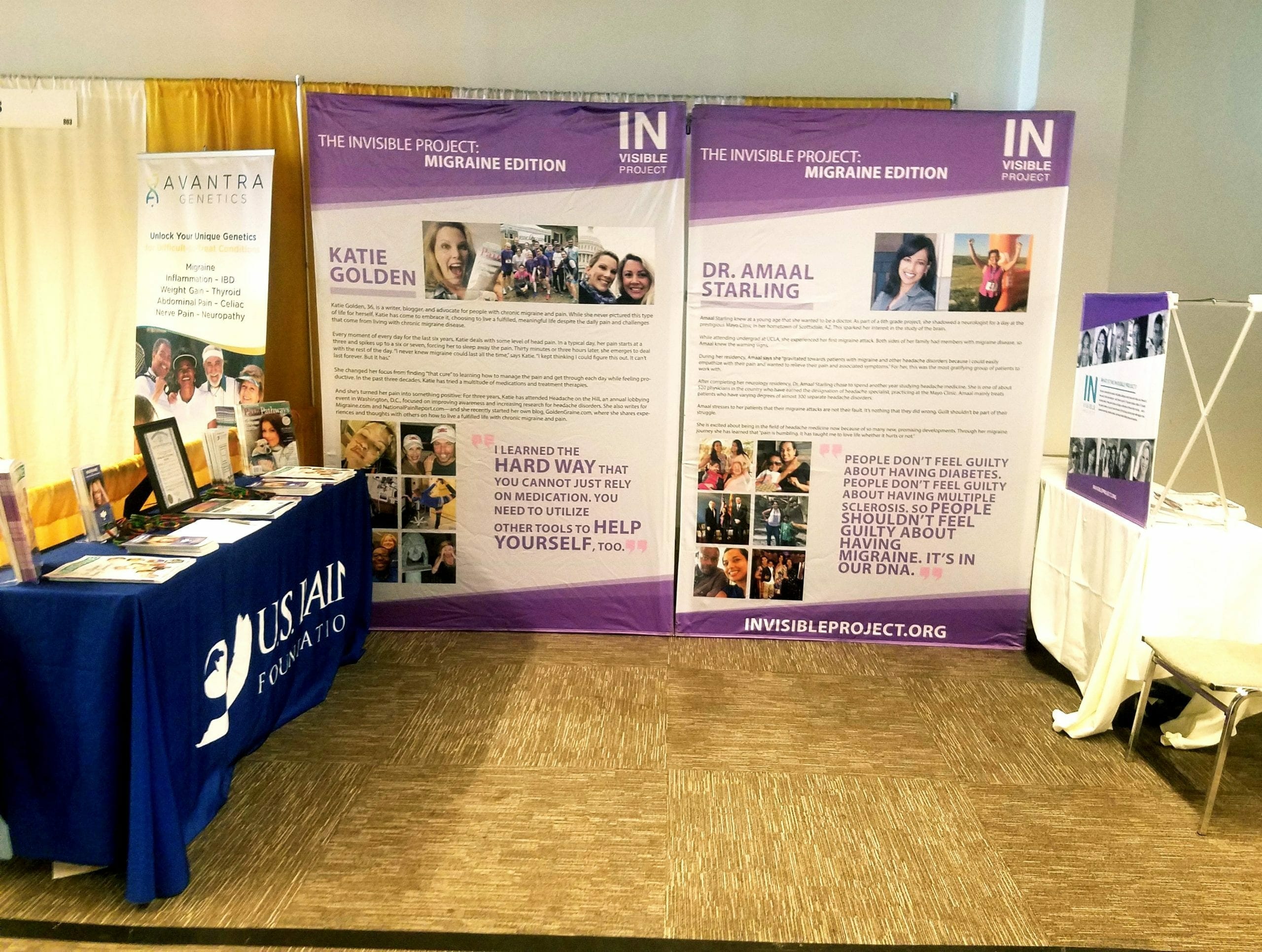 The INvisible Project is an actual hard copy magazine. We work to put as many copies as we can into the hands of patients, doctors, caregivers and even pharmaceutical companies who work on migraine-related drugs. It’s all about awareness. To spread the word, the INvisible Project also has displays that will be part of conference exhibitions, awareness events or fundraising events. We debuted the Migraine Edition at the American Headache Society conference in Boston earlier this month. Displays are slated to be included in at least 10 different venues in the coming months, some of which I will have the privilege to represent in person.

How You Can Help

There is an opportunity for YOU to help in the advocacy efforts of the INvisible Project. Do you think your doctor’s office would be willing to put out copies? Do you think giving a copy to your spouse, parent or best friend would help them to understand your migraine disease better? We have thousands of copies ready to be shipped out, we just need you to help us spread the word! Feel free to message me with your info and I’ll make sure you get a copy. Whether you want 1 copy or 100, there is no charge to get your hands on the INvisible Project.

Have enough magazines lying around? You can read the stories of all ten participants on the INvisible Project website and by “Liking” their Facebook page or follow on Twitter. Sharing posts, tweets or stories is another way to help us make others aware of the impact of migraine disease.

I am forever grateful for the opportunity to be part of the INvisible Project and look forward to working on future editions, covering other invisible illnesses. 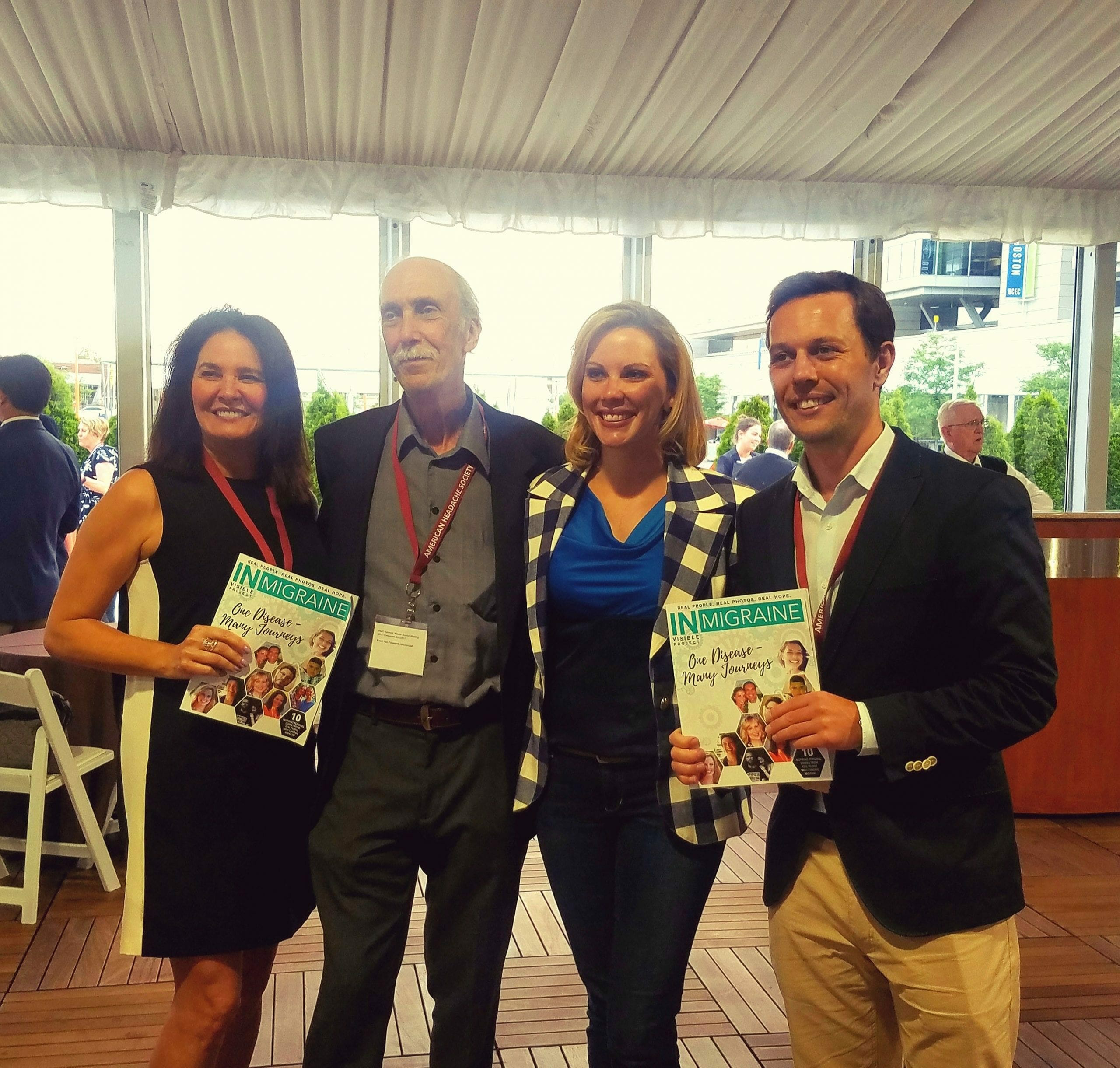 Shirley Kessel of Miles for Migraine, Bob Wold of Clusterbusters, Me and Carl Cincinnato of the World Migraine Summit, all contributed to the INvisible Project.

Posted in My Voice

I find it important to share the trials and struggles of dealing with insurance companies and doctor bills. It can become a job in and of itself. For those in chronic pain, we only have so much energy to deal with this crap. I feel like they assume you’re not going to fight them and…

“You are the sum of the five people you spend the most time with.” – Jim Rohn I found this to be a fascinating concept. You could approach this from so many different angles. You could dissect the people you most associate with today or you could look back on your life and pick the…

The mere thought of taking your brain into a sunny environment, filled with music, friends and acquaintances to enjoy something as simple as happy hour is overwhelming. The outside world slowly becomes a place filled with unknowns. Will my brain behave or will the combination of a screaming child, an ominous rain cloud and the…