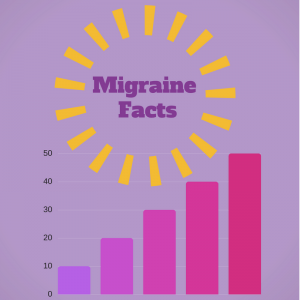 The American Headache Society, the American Headache Disorders Advocacy, the World Health Organization and the Migraine Research Foundation list the following facts about migraine and headache disease. Sharing these facts via social media is one way of becoming an advocate for your disease.

IF YOU HAVE ANY MIGRAINE FACTS THAT SHOULD BE INCLUDED ON THIS PAGE, PLEASE EMAIL ME THROUGH THE CONTACT PAGE. THANKS!